The Professional Squash Association has appointed Richard Graham as its new Chief Executive. The former Chief Operating Officer of the Parallel Media Group plc takes up his position today (2 June).

”We received a very large number of applications for this great opportunity – and from over 30 people who were seriously considered for the appointment, we finally selected eight for the short-list,” said PSA Board member Martin Macdonnell, Chairman of the Interview Panel.

”I was fortunate enough to be able to call on an interview panel with a great depth of experience. In addition to the majority of the PSA Board, the panel included Ziad Al-Turki, Vice Chairman ATCO Group and promoter of both the Saudi International Squash Tournament and the Super Series Finals; Peter Nicol MBE, founder of Peter Nicol Squash and a Director of Eventis Sports Marketing, promoters of the Canary Wharf Classic and English Open; and Gordon Baird, the former Dunlop Marketing Director and Managing Director of Adidas and Timberland. Furthermore, the process was facilitated by PSA Interim CEO Ted Wallbutton.

”The selection of Richard for the CEO post was unanimous and I am confident that we have found and appointed a person with the skill set and personality to take PSA forward into an exciting new era,” Macdonnell concluded.

Richard Graham brings to the role considerable experience in sports marketing: During his tenure at Parallel Media Group plc – an AIM-listed sports/media company – the company posted its maiden profit, raising around €5 million in new sponsorship revenue. Graham managed 16 staff in London and Hong Kong, and the company ran two major golf tournaments in Asia for the PGA European Tour.

Previously, the new PSA CEO worked with a number of sports federations, including the Lawn Tennis Association, the Lipton International Players Championships in Miami and British Equestrian Promotions. Since leaving PMG in January, Graham has acted as an independent sponsorship agent to a variety of rights holders, including Birmingham City FC, Honda F1 Racing, SnowsportGB and the English Open Golf Championship.

Graham is confident of building on the PSA’s strong financial footing to ensure long-term investment in men’s professional squash.

”I’m extremely excited about the potential that exists within squash and delighted to be joining the PSA,” said Graham. ”I feel that all of the experience that I have gained from working in sport can be brought together in this role.

”My principal objective is to help create an environment in which all professional squash players can have realistic expectations of earning a good living from the sport.

”I believe that squash has a strong base from which the Tour, the PSA’s commercial partnerships and the sport’s media coverage can each be developed. It is in these three areas that I hope to focus my energy from the outset.

”I’ve already been impressed with the energy and enthusiasm of the people that work within squash and in the PSA. I’m now looking forward to meeting the players, event promoters and the various federations within the game,” Graham added.

The PSA manages and promotes the men’s world professional squash circuit from its head office in Cardiff, Wales. The annual PSA World Tour, which forms the backbone of men’s elite squash, features over 100 events, valued at US$2.6 million, in more then 40 countries. 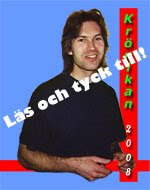